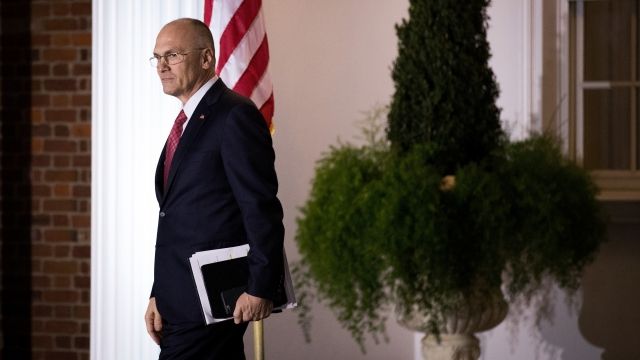 President Donald Trump's nominee for secretary of labor, Andrew Puzder, has taken his name out of the running.

Puzder was supposed to go before the U.S. Senate's Health, Education, Labor and Pensions Committee Thursday morning. He was likely to face questions about opposing minimum wage increases and his criticism of the Affordable Care Act. He also probably would've been asked about his ex-wife's accusations of domestic abuse.

Politico reports members of that Senate committee watched a 1990 "Oprah" show episode in which Puzder's ex-wife — who was in disguise — said she was a victim of abuse.

Puzder's ex-wife, Lisa Fierstein, has since retracted her claims. 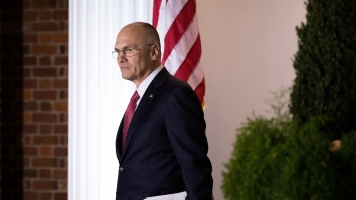 Also, Puzder confirmed last week he hired a housekeeper who was an undocumented immigrant. According to a statement obtained by The New York Times, Puzder said he was "unaware" of her status and "immediately ended her employment and offered her assistance in getting legal status."

He also said in the statement he and his wife paid back taxes for it.

Democrats had criticized Trump for choosing Puzder, who was against the recent expansion of overtime pay regulations. They also held a forum in January for workers who allege they were mistreated under Puzder, who heads the parent company of Hardee's and Carl's Jr.