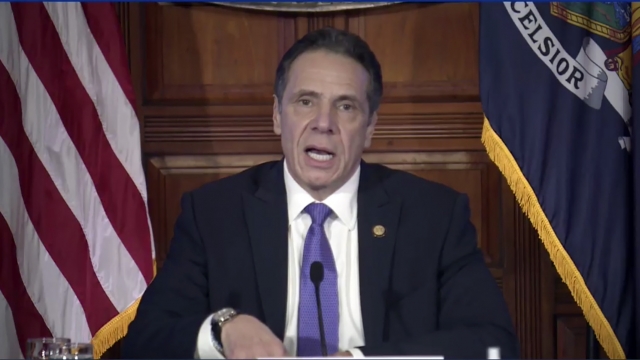 New York Gov. Andrew Cuomo is speaking publicly for the first time since three woman accused him of sexual harassment.

He says he understands he acted in a way that made people uncomfortable. But he also says he won't step down.

The state's attorney general launched an investigation. Cuomo claims he will "fully" cooperate. Several Democrats, including President Biden, say they'll wait for the results of that investigation before making a judgment.

But that has some accusing them of a double standard. Some of the Democrats who support an investigation, including Sens. Gillibrand and Schumer, called on former Sen. Al Franken to resign following accusations of sexual misconduct in 2017. In that case, they called for him to step down before an investigation was completed.

None have called on Cuomo to resign yet.