An Alaskan Community Has Voted To Move Because Of Climate Change 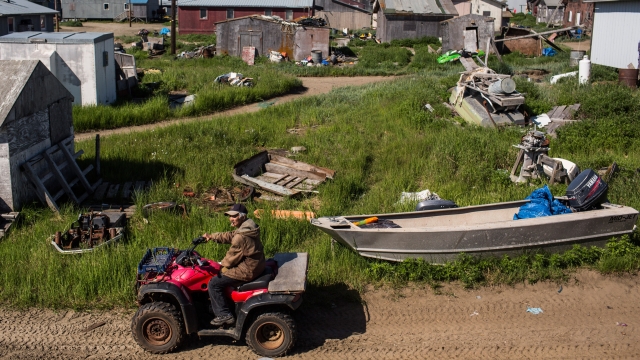 SMS
An Alaskan Community Has Voted To Move Because Of Climate Change
By Ryan Biek
By Ryan Biek
August 18, 2016
Residents of Shishmaref, Alaska, voted to relocate because they have faced flooding and coastal erosion.
SHOW TRANSCRIPT

An island city on the edge of Alaska has voted to move due to the effects of global warming.

The vote in Shishmaref was close on Tuesday. On the one hand, members of the same tribe of Inuit people have reportedly lived on the island for 500 years. But it's become increasingly hard to live there — warmer water has eroded much of the island, and thinning ice has made fishing and hunting more dangerous.

But one problem is the high cost of moving. Around 650 inhabitants face a roughly $180 million cost.

Keep in mind, Shishmaref isn't the only community at risk. Congress has found at least 31 Alaskan communities threatened by flooding and coastal erosion. Yet, many aren't eligible for government funding if they do try to relocate.

Even though Shishmaref's residents voted to move, they won't be going anywhere anytime soon, partly because of the enormous cost.

But it could potentially become the first American village to relocate due to the effects of climate change.