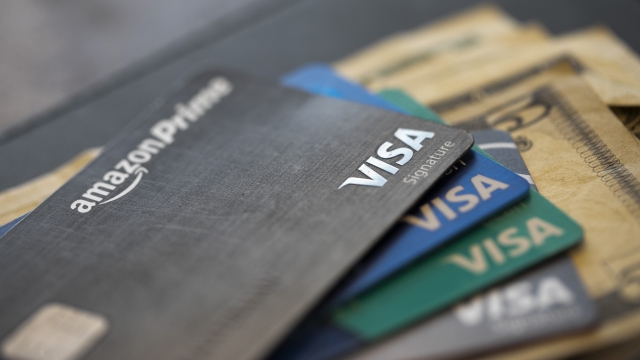 The U.S. has its highest credit card debt in more than 20 years, as daily consumer prices continue to rise.

The Federal Reserve Bank of New York says Americans hold $887 billion in credit card debt — a level not seen in more than two decades. Plus, the average interest rate on a credit card in the U.S. is now north of 22%, according to LendingTree.

Getting out of that debt is certainly the hard part, as daily expenses keep coming and prices keep climbing with wages struggling to keep up.

"I've seen people accumulate debt in a matter of a couple of months, and then it will take them years, sometimes even decades, to unravel that situation and get themselves out, just because of the power of that interest that they're paying," said Erin Akery, financial counselor at Nashville Financial Empowerment Center.

All seven tax bracket levels will be revised upwards in 2023, allowing filers to shield more of their money from taxes.

Financial experts say the solution is in the small things, like coffee at home instead of out and lessening streaming subscriptions.

"Look to find ways that you can actually save and apply more money towards that debt so eventually you'll get out of debt faster," said Roy Lederman, financial expert.

As many economists predict a recession in the next 12 months, it's crunch time to get financially fit, and the Biden administration is well aware of the crunch. It's trying to ease the strain ahead of the midterm elections.

"We're going to continue to stabilize markets and decrease the prices at a time when the actions of other countries have caused such volatility," President Joe Biden said.