Americans Take To The Streets In Celebration, Protest After Biden Win 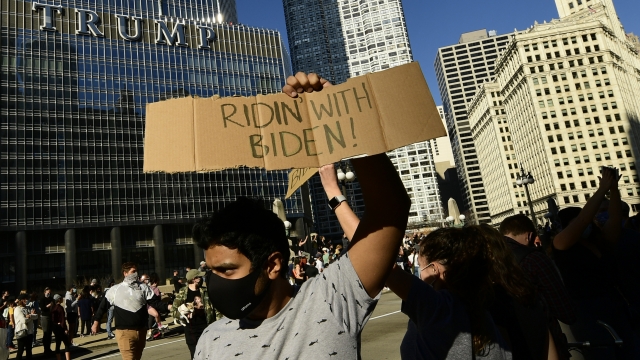 "The AP has just declared that Joe Biden is the winner of the presidential race, becoming the 46th president of the United States. He defeats Donald Trump, who will become a one term president," announced AP Washington Bureau Chief Julie Pace.

When the AP and other major media outlets declared former Vice President Joe Biden the winner on Saturday, Americans took to the streets in both celebration and outrage.

Biden Supporters cheered the victory, saying they're going to feel more secure with Biden as president.

Biden supporter Charles Pearce told the Associated Press, "To me (Joe Biden's victory) means everything. My mother is a disabled woman who is on Social Security and Medicaid and Medicare, and to know that Donald Trump is out and he can no longer mess with those programs is amazing."

Supporters of the president's reelection rose up in protest, echoing the Trump campaign's unsubstantiated claims of voter fraud.

The president's personal lawyer Rudy Giuliani said: "This is outrageous, an enormously important contest with a very, very suspect method of voting.  There was no security. Zero."

President Trump hasn't conceded to Biden and has vowed continued legal actions over the vote.