Americans Start A Closet Purge, Influx Of Donations Come In 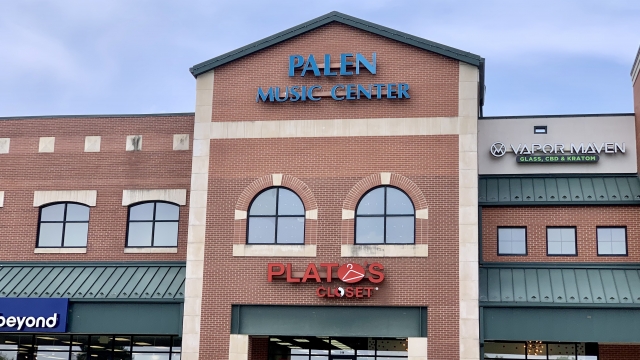 It's not just people getting out of the house now... their stuff is, too.  Americans are purging… donating or selling their old clothes and jewelry and whatever else to secondhand stores like Plato's Closet.

According to a report from ThredUp and GlobalData, sales in the secondhand industry are expected to double from $36 billion to $77 billion by 2025.

The pandemic froze a majority of people’s wardrobes. If you stayed at home a lot… chances are you didn't even touch any of your nicer clothes.

"I stuck to my sweatpants and my comfy sweatshirts," Emma Mizer, a customer at Plato's Closet, said.

"I definitely started shopping online more, more than in stores because of the pandemic, and so it was harder to get sizes that you know will fit you online so some of the stuff that I gave today definitely was from miss purchases online and stuff," Green said.

Across the country, charities like Goodwill are reporting an avalanche of donations as folks declutter. In Columbia, Missouri, business is booming at The Salvation Army.

Right now they are seeing four times what they usually get in an average month lately," Lori Benson, who is the  regional director of community relations for The Salvation Army locations in Columbia and Jefferson City, Missouri, said.

With higher sales than average than in previous years.

"It's a great problem," Benson said. "It's a wonderful problem. So we were very ecstatic about that. But the trend hasn't stopped. We're still seeing a lot of donations coming in."

Because of the increase, they've had to stop or limit donations.

"When we do get that increase in donations, it's wonderful," Benson said. "But where are we going to put that while we're trying to process?"