Americans Are In The Mood To Buy A House 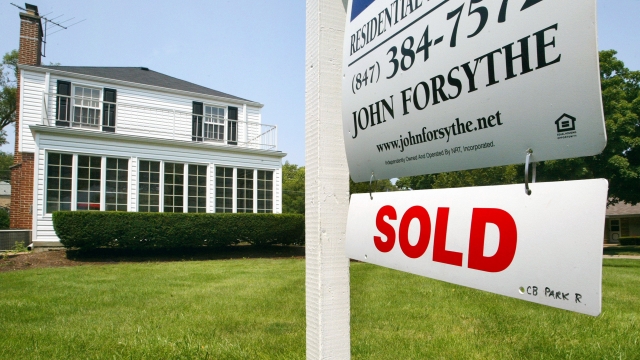 There's been a big increase in people signing contracts to buy homes. In April, those numbers hit highs we haven't seen in over a decade.

In a news release from the National Association of Realtors, the group credits those numbers to low mortgage rates and job creation.

More good news: The NAR says this has been the best first quarter for already closed sales since 2007.

April's stellar numbers are based on pending transactions, but the NAR says once someone signs a contract to buy a home, that sale is usually finalized within a month or two.

Prospective homebuyers in the South and West are largely to thank for April's pending sales. The Midwest actually saw a slight decline, but the NAR says it might just be a one-off — and existing home sales in the region did have a surge.