Cruise's 'American Made' Is A Critical Hit, While 'Flatliners' Is DOA 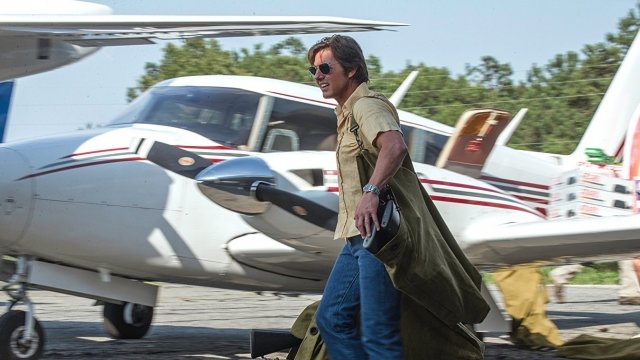 As we jump headfirst into fall movie season, there's essentially a three-way tie at the box office between a carnivorous clown, Magic Mike in his cowboy outfit and Tom "Cocaine" Cruise.

Much like those kids in Derry, Maine, I cannot escape Pennywise the clown. Taking the No. 1 spot for the third time in four weeks is "It," bringing in an estimated $17.3 million. After a month in theaters, "It" has managed to pull in more than half a billion dollars worldwide on its way to becoming the highest-grossing R-rated horror film ever.

And while the lack of box-office competition in between summer and fall has helped the clown stay on top, being the No. 1 movie in the country a month after release is still no small thing.

Taking the No. 2 spot this week in a photo finish is "American Made," bringing in an estimated $17 million in its debut weekend. The "based-on-a-true-story" action flick is the only new film to crack the top three this week.

Unfortunately, "Flatliners" wasn't so lucky — and to make matters worse, writers really seem to be enjoying the pun opportunities that a movie about dying presents.

But back to Tommy Boy — this may not be a particularly impressive box-office opening for one of the world's most enduring movie stars. But critically speaking, this is a win for Cruise.

"It's fun. It's nonstop action. It's kinetic energy, and it lets Tom Cruise play up all of his Tom Cruise-ishness. … They're reminding you of all the ways in which Tom Cruise is a superstar and has been for, like, 30 years," Christy Lemire said on What the Flick?!

With a movie like this, Cruise's performance makes or breaks the film, and "American Made" holds an 87 percent on Rotten Tomatoes.

Compare that to some of his other recent films that don't have "mission" or "impossible" in the titles, and critics have less kind things to say.

Last but not least this week is "Kingsman: The Golden Circle," also bringing in an estimated $17 million in its sophomore weekend.

As for next week, Ryan Gosling asks, 'Hey girl, you into American neo-noir science fiction? I thought so.'