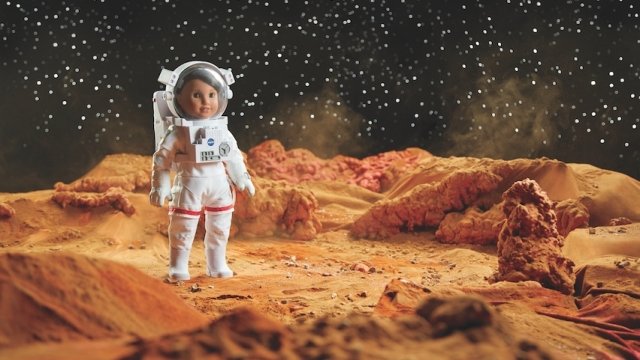 Meet Luciana Vega, the doll company's 2018 girl of the year; she wants to be the first to reach Mars.

American Girl teamed up with NASA to make Luciana's story as realistic as possible. The space agency created space simulations, quizzes and other stuff for the doll-maker's educational website.

Megan McArthur, a NASA astronaut who worked with American Girl, said, "It is so important to find exciting new ways to inspire our next generation of space explorers."

For over 50 years, NASA itself has had many missions to Mars and hopes to finally send astronauts to the Red Planet sometime in the 2030s. 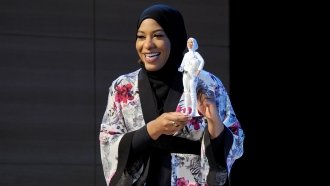 An Olympic Fencer Inspired A First For Barbie

And other toy companies have tried to get kids interested in space for a while now.

In 2017, Lego released a "Women of NASA" set that featured a quartet of celebrated female scientists and astronauts who played vital roles in the U.S. space program.

In 2013, Barbie released a Mars Explorer doll, complete with a pink and white space suit.