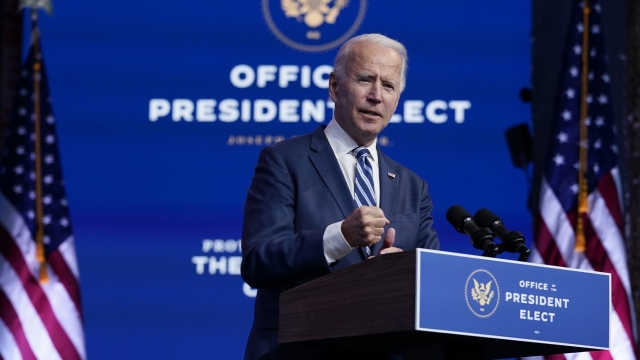 SMS
How Will The Biden Administration Shape America's Workforce?
By Cat Sandoval
By Cat Sandoval
November 11, 2020
Labor experts say a union revival, a raise in federal minimum wage, and tougher OSHA oversight may be ahead under Biden White House.
SHOW TRANSCRIPT

How will the new administration impact working Americans? We spoke with labor professors to get a sense of how the U.S. workforce could change under President-elect Joe Biden.

Robert Bruno, director of the labor education program at the University of Illinois at Urbana-Champaign says,"the American labor movement was the essential institution to the development of a middle class economy. And so Biden comes from that time frame. He comes from that era. You'll see a President Biden make a stronger commitment … more so than any president that we've seen in decades."

During his campaign, Biden told the Pennsylvania union workers: "I’m going to be the strongest labor president we’ve ever had."

Biden was born in a coal town in Pennsylvania and grew up middle class. He has a long history of supporting unions and blue-collar workers.  And he’s gotten some big endorsements from them, like the AFL-CIO, and they’ve helped raise millions of dollars in political donations for him. But—what Biden can accomplish as president could be limited if Republicans retain the majority in the Senate after the runoff elections in Georgia. Still—Labor leaders are seeing this as a union revival.

"He has always been very closely tied with labor," says Kate Bronfenbrenner, Director of Labor Education Research at Cornell University. "He has many friends in labor and he already has labor people on his transition team and has made a much stronger commitment to labor than any of the previous Democratic candidates that we've seen."

Biden wants to increase the federal minimum wage to $15. Currently at $7.25, it hasn't been increased since 2009. Biden also wants to get rid of tipped wages, which pay workers less than minimum wage.

"You can't just do that by executive order and he's going to have a fight on his hands for that," says Bronfenbrenner. 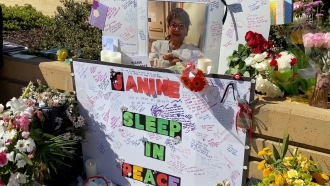 Another fight for Biden is passing legislation to strengthen workers' right to organize and collectively bargain.

"Issues impacting the collective bargaining rights of workers are going to be a high priority and aren't going to be pushed back into the second half of his term," says Bruno.

Many labor advocates say OSHA, the Occupational Safety and Health Administration, has been too lenient on companies, particularly in enforcing COVID safety protocols. Biden plans to enact federal guidelines to protect employees from COVID-19, add stricter penalties for violations and double the number of OSHA investigators.

"By Biden, telling the agency to do its job, it would be a step forward," says Bronfenbrenner.