Coming Soon To An AMC Theater Near You: Election Night Coverage 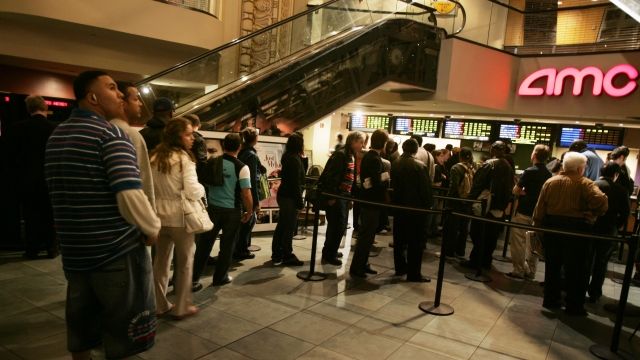 AMC Theatres is joining forces with CNN to bring the network's Election Night in America coverage to the movies.

Coming soon to a theater near you — the 2016 presidential election.

AMC Theatres announced Monday it's joining forces with CNN to bring the network's Election Night in America coverage to the movies.

The theater chain is hosting watch parties in 25 major cities around the country. AMC rewards club members, plus two guests, can catch all the CNN election night coverage for free Nov. 8.

And members can even choose between a pro-Democratic or a pro-Republican viewing party in each market.

The idea may sound pretty novel. But AMC isn't the first movie theater to make politics its feature presentation.

Regal Cinemas has hosted several presidential debate screenings this year at select locations. Bonus: Attendees got a free drink with the purchase of a popcorn during the event.