Amazon To Slash Prices At Whole Foods; Competitors Are Scared 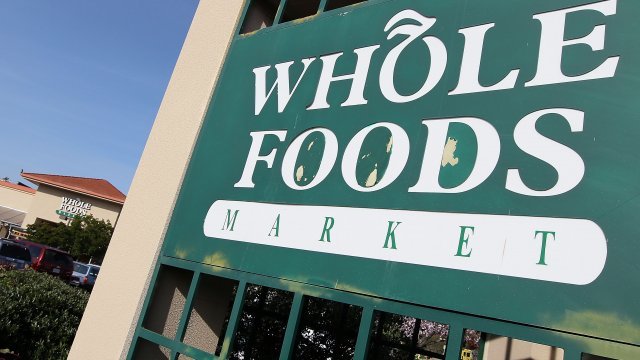 On Thursday, Amazon said its latest acquisition, Whole Foods, will slash prices of its more popular items starting next week.

Because even the possibility of having to compete with the retail giant is terrifying.

The news led to an almost $12 billion drop in the market. And Jeff Wilke, Amazon Worldwide Consumer CEO said in a statement, "This is just the beginning." The company also plans to let Amazon Prime benefits go toward Whole Foods products.

In June, Amazon said it was set to acquire Whole Foods. But there was some concern the company would gain an unfair competitive advantage.

At $13.7 billion, the Amazon/Whole Foods acquisition is the biggest retail deal of the year.

But a Federal Trade Commission probe into whether that acquisition should be allowed to happen was shut down Wednesday.

Whole Foods items are typically more expensive to begin with, so it isn't clear how competitive it'll be after the potential cuts.

And it's also probably important to note that Whole Foods and chains like Walmart tend to target different demographics, so customers aren't necessarily going to jump ship.