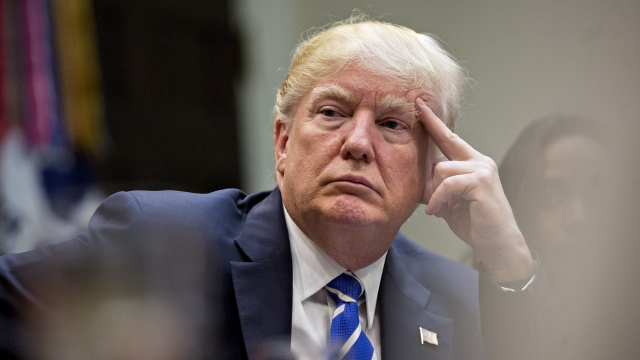 Amazon Web Services says it lost the contract because of the president's repeated attacks against Amazon.

Amazon is blaming President Donald Trump after it lost a multi-billion dollar contract to Microsoft, saying it's his fault it didn't get the deal.

In a 103-page document released on Monday, Amazon Web Services accused President Trump of launching "behind-the-scenes attacks" against the company. It claims it didn't win the contract because of the president's repeated attacks against Amazon. President Trump is a known critic of Amazon and CEO Jeff Bezos, who also owns The Washington Post.

Now, the company wants the Defense Department to conduct another review and pick a new winner.

A Pentagon spokesperson told news outlets "there were no external influences on the source selection decision."

The Pentagon awarded the cloud computing contract called the Joint Enterprise Defense Infrastructure, also known as JEDI, to Microsoft in October. The contract could be worth up to $10 billion.

Before that, though, President Trump said he would take a "strong look" at the contract after multiple companies complained about the process.

Amazon filed a lawsuit with the U.S. Court of Federal Claims last month. Other companies, including Oracle and IBM, have also complained about the bidding process in the past.