Althea Garrison: An Unintentional Transgender Pioneer In The US 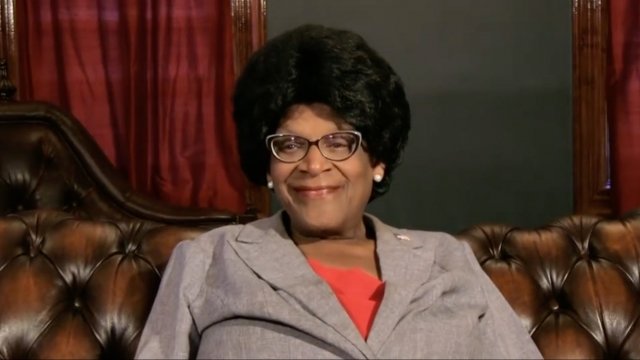 Before Danica Roem won a seat in Virginia or Lisa Middleton's victory as city council member, there was Althea Garrison. She is the first transgender politician to hold a state office and was elected 25 years ago. She served in the Massachusetts House of Representatives. The 77-year-old has been running for political office as far back as 1982. And she defines herself as a "conservative black American" who focuses on "conservative issues."

Although she won a state representative seat, victory wasn't so sweet. Just two days after her win, the Boston Herald outed her. It wrote: "A woman elected to the State House of Representatives from Boston denied yesterday she used to be a man but court records reveal she shed a male identity several years ago. That would make Althea Garrison either a transvestite ... or a transsexual. ... In any case, it appears to be a first for the Massachusetts Legislature."

LGBTQ magazine the Advocate wrote: "Garrison drew national attention for answering 'no' when a disreputable reporter for the Boston Herald asked her if she was ever a man." The Advocate labeled it a "transphobic outing" with "knee-jerk hate toward trans people." The magazine added: "Garrison was correct. ... Trans women like her do not, in the truest sense, ever understand themselves as male."

Garrison is still distrustful of the media because of that experience. But she told Newsy: "I don't mind being the first, but I don't think it's special ... like most people do. I'm a normal working stiff." Garrison mentioned she was open about her transgender status but did not publicly acknowledge it.

When asked about the discrimination she faced, including the Boston Herald outing, she said, "I don't let things affect me; I do what I need to do." Garrison ran for office 15 times in the course of a decadeslong political career. She has lost every political run after that article was published, but said she is trying again in 2018. She said: "If i give up, then I'm a person that quits, and I don't quit. ... And in order to win you have to run. If you don't run, you can't win."