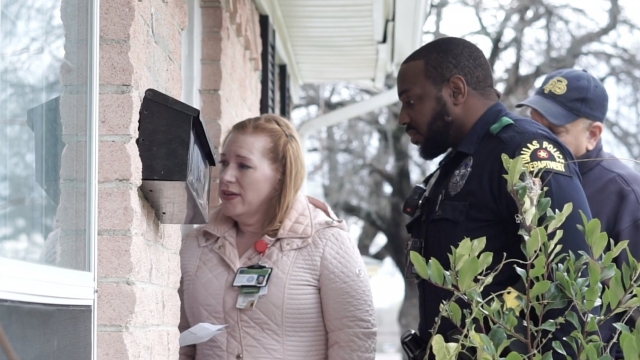 You’ve heard the rallying cry: Defund, dismantle and abolish the police. But what could this new reality look like? And where should the millions of dollars that are spent on police budgets go?

MCBRIDE: "We need to reconstruct a totally new system of public safety that takes seriously the material and lived conditions of our people all across this country."

Mike McBride is a pastor and activist in California’s Bay Area.

"We want a defunded policing apparatus and for a dollar-for-dollar defunding. We want it put into schools, housing, food programs, basic income for those who are the most impacted in our communities, violence interruption, strategies that are public health-centered."

Cities across the country are reacting to calls to defund. New York's City Council proposed a $1 billion cut to the NYPD's $6 billion budget — the nation's largest and most expensive police department.

Defunding legislation is being considered or has passed in Los Angeles, Kansas City, Baltimore and Salt Lake City.

Perhaps most notably, in Minneapolis, where George Floyd was killed, the City Council pledged to dismantle its police department and "replace it with a transformative new model of public safety."

And while this is a brand new world for most, some major cities have already implemented programs that minimize or eliminate law enforcement's role in select situations.

People with untreated mental illness are 16 times more likely to be killed during a police encounter, and at least one in four fatal law enforcement encounters involve an individual with serious mental illness.

YOUNG: "We ask the police to do a lot. And they will readily admit that they're not health care providers and that mental health in particular is a health care issue."

Kurtis Young runs the RIGHT Care program in Dallas. Since 2018, his group has partnered with the Dallas Police Department to deliver specialized mental health treatment to 911 emergencies.

Since January of 2018, the RIGHT Care Team has handled more than 6,000 calls, less than 4% of which resulted in an arrest. And in the coverage area where the RIGHT Care team is operating, overall arrests have gone down.

Also, "quality of life" citations for things like disorderly conduct and public intoxication have also dropped in the area where the RIGHT Care Team works.

And while some view the RIGHT Care Team as an alternative to policing, Young believes the program is actually dependent on the Dallas Police Department.

A similar program in Eugene, Oregon, has been around for more than 30 years and responds to about 24,000 calls annually. The CAHOOTS co-response team says it has never had a "serious injury or death that their team was responsible for" in its 30 years of operation.

Maren Machles is the national investigative associate producer who focuses on helping Newsy's investigative team uncover and tell stories that hold people of power to account. Prior to her role on the investigative team, she received her Bachelor of Science in journalism at the E.W. Scripps School of Journalism at Ohio University. During her studies, she had internships with the Scripps Howard Foundation Wire, Narrative.ly and the Long Beach Post. Maren's natural curiosity leads her to research and investigate systemic issues facing a variety of communities throughout the country. Maren can be reached at maren.machles@scripps.com. @MarenMachles