The Almost-Mass Shooter: Man Reflects On Stepping Away From The Edge 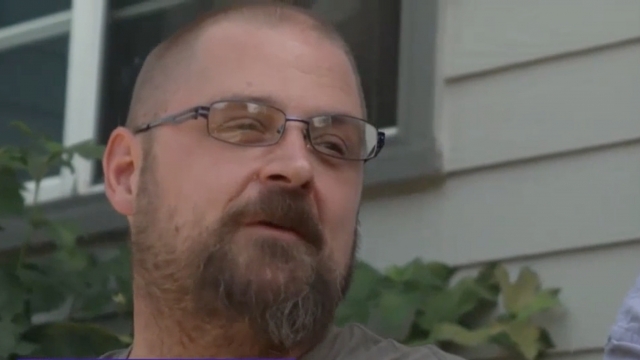 SMS
The Almost-Mass Shooter: Man Reflects On Stepping Away From The Edge
By Clayton Sandell
By Clayton Sandell
September 12, 2022
Aaron Stark discusses his emotions and circumstances that drove him to buy a gun and nearly go on a rampage at 16 years old.

"I grew up in a really dark and violent and chaotic life," Stark said.

Stark says from a young age, adults around him turned life into a Stephen King horror story.

"I never went to school more than six months," Stark said. "I was constantly the new kid. I was dirty, fat and smelly. I adopted that early on as my persona. I was told I was worthless by everybody in my life, and when you're told you're worthless enough, you will believe it."

He tried to get help but says the system repeatedly failed him. He came close to a point of no return: almost becoming a mass shooter.

NEWSY'S CLAYTON SANDELL: What was the tipping point that made you want to shoot up your school?

AARON STARK: I saw a therapist, and I don't really remember much of that conversation because all I remember is the end of it. The young lady, early 20s or so, said, "I'm sorry, there's nothing I can do. I can't help you." As I walked out of that door, my brain shattered.

While there's no one-size-fits-all profile of a mass shooter, Stark ticked a few boxes. According to the Violence Project study of nearly 180 mass shootings, 98% were committed by men, about half are white and many are under 30 years old.

Of all the shootings in the database, only four were committed by women. Psychiatrists say young males are more prone violence.

"It's not just about mass shootings," said Jonathan Metzl, director of Vanderbilt University's Department of Medicine, Health and Society. "Young men between 15 and 25 make up the vast majority of people who die in fights, in car accidents."

"The male mind is not fully developed in terms of this kind of impulse control, probably until the mid-late 20s," Metzl said. 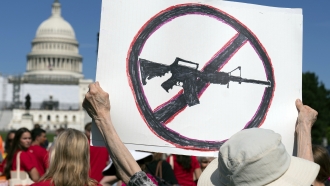 For psychiatrists like Metzl, it's one of the biggest arguments for limiting gun sales to people 21 and older.

"In the U.S., we've gone exactly the opposite direction we keep pushing," Metzl said. "Even in spite of all this data, we push the age limit down to 18 pretty much everywhere."

Only a few pictures of that period of Stark's adolescence have made it to present day.

"I lived in a very dark and angry life," Stark said. "I spent my whole life hating myself. In that time I also snuck into the family members' photo albums and destroyed all the pictures of me before 15 years old. I was trying to annihilate my own existence."

He was on the brink of not only annihilating himself, but as many others as he could take with him.

Stark says he was ready to die. Then, his life changed again. One of the few friends he had left reached out.

"If I can help some person, anybody else, out of their own depression by talking about it, I'm going to keep talking until I don't have a voice," Stark said.

Newsy caught up with him in San Antonio, Texas. 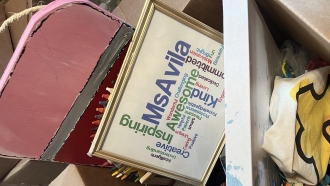 Uvalde Teacher Shot Says She’s Not Returning To The Classroom

"Today I will be presenting my story to a whole convention of teachers and administrators," Stark said. "It's going to be a very intense day. These were the teachers that specifically were in the Uvalde school district."

Stark said he deeply recognized some of the Uvalde gunman's story.

"The biggest thing that made me see myself in his story was a couple weeks before it happened," Stark said. "He showed up to school with his face covered in razor marks. To me, that's the biggest sign of someone saying, 'I'm hurting me. Help me.' I don't think anyone could have stopped his slide at that point, but maybe we can stop the next one."

Stark says he never thought he'd live past 30 years old. Now, at 43, he's dedicating his life to helping stop a cycle of violence.

"Everybody's pain is individual, and the key of it is to see the person as an individual to break through that barrier," Stark said. "I somehow managed to now be able to use my darkest time to help someone else out of theirs. If anybody listening can get one message: Just give love to the people you think deserve it the least, because they need it the most."