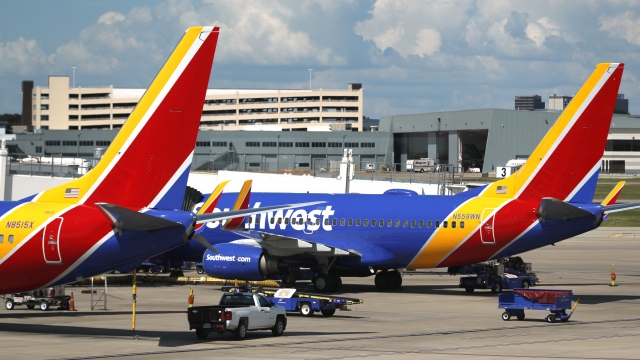 Roughly 17,000 Southwest Airlines employees have agreed to take buyouts or extended leaves of absence amid the company's recent financial losses due to the coronavirus pandemic.

Southwest CEO Gary Kelly revealed Monday around 4,400 employees have chosen to retire early from the company, while nearly 12,500 more signed up for extended "emergency time off." Kelly said he was "very pleased with the response" from employees, and that he's "incredibly grateful to those ... who answered the call."

Kelly warned last week of the toll the coronavirus has had on Southwest's business, saying passenger numbers would have to triple by the end of the year in order for the company to avoid involuntarily laying off staff for the first time in its history.

Southwest received more than $3 billion in federal funding as part of the CARES Act, and is currently weighing whether to accept an additional loan of $2.7 billion from the Treasury Department. The company has until the end of September to decide.