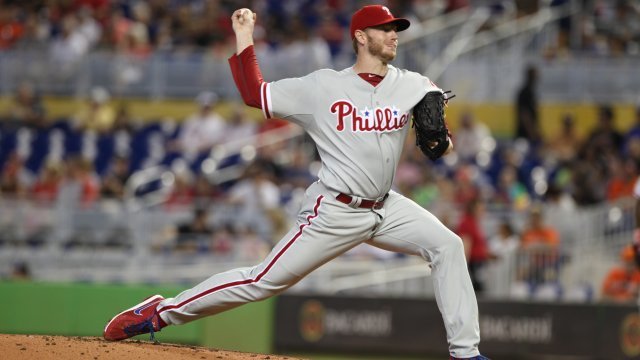 SMS
All-Star Pitcher Roy Halladay Dead In Plane Crash
By Matt Picht
By Matt Picht
November 7, 2017
Halladay was killed after a single-engine plane crashed into the Gulf of Florida. He was 40.
SHOW TRANSCRIPT

Former MLB pitcher Roy "Doc" Halladay has died in a plane crash off of the coast of Florida. He was 40 years old.

Florida officials say a single-engine plane crashed into the Gulf of Mexico around noon Tuesday. Halladay's body was recovered from the crash site. He's believed to have been the only person on board.

Halladay was an eight-time All Star player and won the Cy Young Award twice. He spent 12 seasons with the Toronto Blue Jays, then moved to the Philadelphia Phillies for four seasons before retiring in 2013.

The Blue Jays said in a statement, "It is impossible to express what he has meant to this franchise, the city and its fans." The Phillies added, "There are no words to describe the sadness that the entire Phillies family is feeling."

Halladay is survived by his wife and two children.