All 12 Boys And Their Coach Rescued From Thai Cave 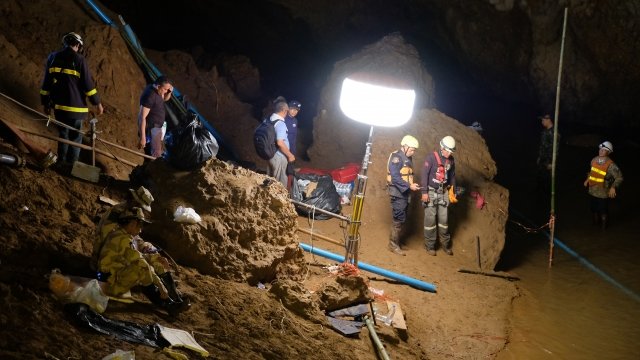 All 12 young soccer players and their coach who have been stuck in a Thai cave for more than two weeks have been rescued.

The remaining four boys and their coach were taken out of the cave Tuesday.

Eight of the boys were rescued Sunday and Monday. They have been taken to nearby medical facilities for further treatment.

Officials say the boys are in high spirits, but they still have to clear another hurdle before they can reunite with their families.

Thai health officials say the boys can't hug or touch anyone until doctors are certain that they are free of infections.