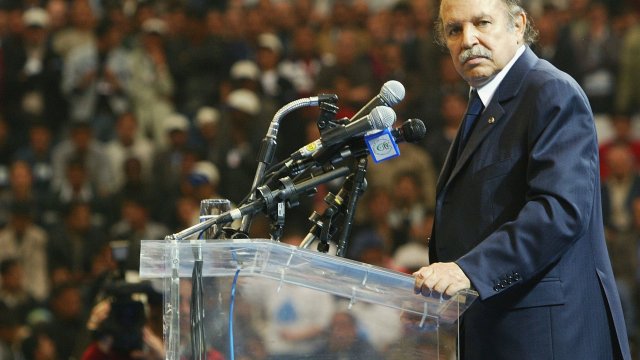 Algeria has a new, temporary president after pro-democracy protests pushed Abdelaziz Bouteflika out.

The country's parliament tapped upper chamber leader Abdelkader Bensalah as interim president for the next 90 days until new elections are held.

The four-term head of state had previously announced he would have yet another go at the presidency, sparking outrage and protests. Bouteflika has been in poor health and hasn't really been in the public eye the last few years. That sparked questions and rumors about who had actually been running the country.

Protesters took to the streets again after Bouteflika's resignation last week, demanding that the political system be revamped and Bouteflika loyalists be removed from office. Newly named interim president Bensalah is considered a key Bouteflika ally and close confidant.