Trump Finally Has A Full Cabinet 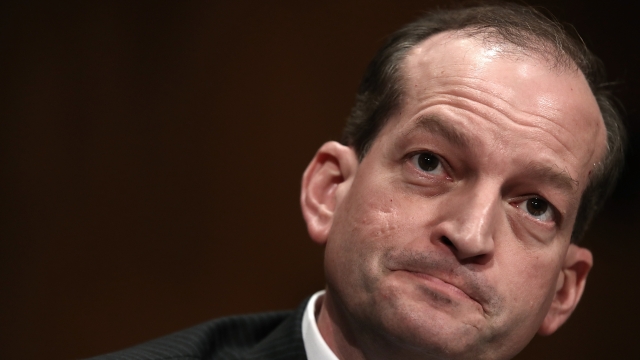 SMS
Trump Finally Has A Full Cabinet
By Ethan Weston
By Ethan Weston
April 27, 2017
Alexander Acosta will be the first and only Latino on President Trump's cabinet.
SHOW TRANSCRIPT

Not only is Acosta the final secretary to be confirmed, but he's also the first and only Latino in Trump's cabinet.

And he's going to have to hit the ground running. Trump has already asked governmental departments to review and scale back regulations, including two Obama-era labor rules that haven't gone into effect yet.

One rule would double the amount of income someone can earn before they're no longer eligible for overtime pay. That rule would increase the threshold from $23,600 earned per year to $47,500 earned per year. The other rule says that brokers working with retirees need to put their clients' interests first.