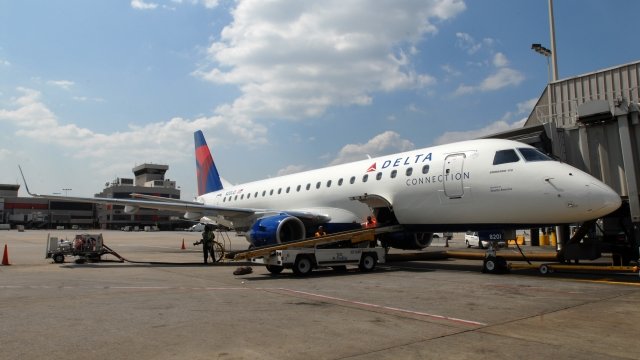 The storm had maximum sustained winds near 60 miles per hour as it closed in on the coast. It was expected to make landfall Monday afternoon or evening on Florida's panhandle and quickly weaken after that.

The storm could impact airports just as folks hit the skies to get home from the long Memorial Day weekend. AAA predicted more than 3 million people would travel by air over the holiday weekend.

Delta Air Lines issued a waiver to allow people flying out of five Gulf Coast airports and Key West to change their travel plans without paying a change fee. The airline said it anticipated delays and cancellations because of the storm.