The US' Northernmost Town Is Changing Its Name Back To Utqiagvik 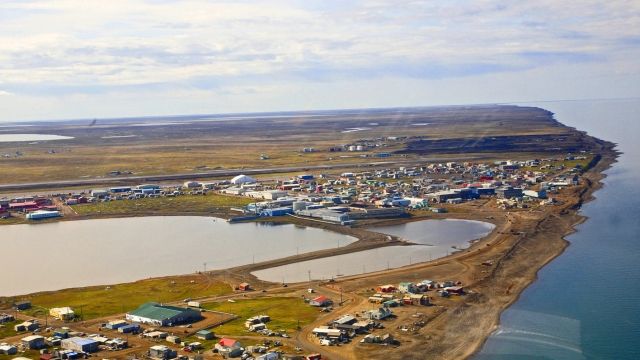 SMS
The US' Northernmost Town Is Changing Its Name Back To Utqiagvik
By Ethan Weston
By Ethan Weston
December 3, 2016
The town of Barrow, Alaska, narrowly voted to revert its name back to its original Inupiat moniker.
SHOW TRANSCRIPT

In November, the sun set over Barrow, Alaska — America's northernmost town — for the last time. When it rises again in January, it will instead be over the town of Utqiagvik.

Utqiagvik is the official Inupiat name for the town. About 4,300 people there voted to switch its name in October, but the change officially went into effect Dec. 1.

The new town name doesn't have a direct translation to English. Instead, it refers to a place to gather roots or potatoes.

"It's important to me and many of us because our language is severely threatened. And I think it's time we begin healing." Utqiagvik city council member Qaiyaan Harcharek told Alaska Public Media.

The University of Alaska says there are about 13,500 Inupiat in Alaska but only about 3,000 people still speak the language.

It was a close call for those who wanted to revert the name; just six votes separated the two sides. Those who voted against say that they were worried about the amount of money that a name change would cost the town and the state. Signs, maps and websites will all need to be updated.

There was some concern that Utqiagvik might be too difficult to pronounce. Luckily, the town's North Slope Borough School District has that covered.