Alan Bean, Astronaut And Fourth Man To Walk On The Moon, Has Died 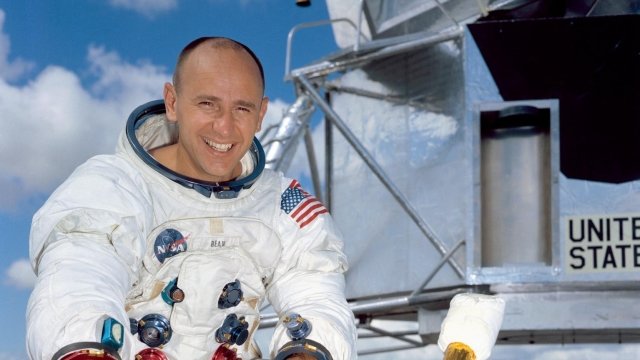 Bean was a member of the Apollo 12 mission in 1969. He was the fourth man to walk on the moon. Only four other astronauts who have had that honor are still alive.

Bean was an engineer and a test pilot in the U.S. Navy before joining the space program in 1963. He left NASA in 1981 to devote himself to painting.

On the website for his art, Bean said he felt he was fortunate to have seen sights no other artist had ever seen and wanted to show the world those experiences through his art.

Bean is survived by his wife and two children.