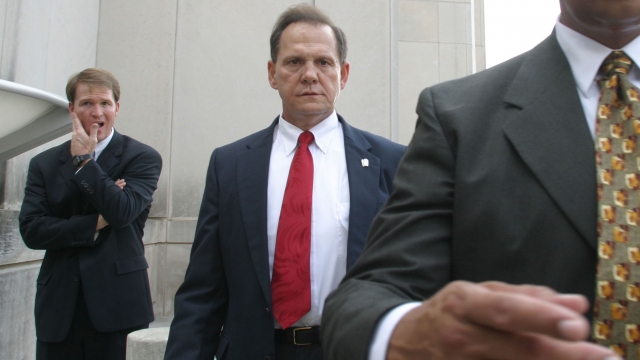 Alabama Chief Justice Roy Moore has been suspended without pay for the remainder of his term.

Moore was found guilty on six charges of failing to comply with judicial ethics.

In January, Moore sent an order to state probate judges telling them not to issue same-sex marriage licenses.

Moore says he wasn't trying to tell the probate judges to defy the Supreme Court, just that there were conflicts between state and federal court orders.

Moore was removed from the bench during a previous term for defying a federal court order to remove a Ten Commandments monument from the state judicial building.