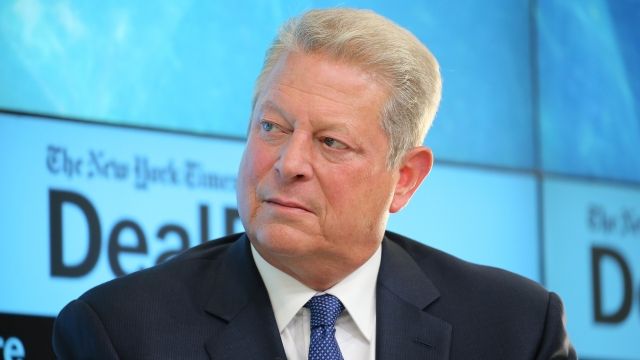 The former vice president posted a note on The Climate Reality Project saying he intends to do everything he can to "ensure that our nation remains a leader" in combating the "climate crisis."

Gore has long been an advocate for fighting rising temperatures, and he's talked about the potential repercussions of a Trump presidency.

"He has said some things on the climate crisis that I think should concern everyone," Gore said on "Today" in May.

Trump has repeatedly said climate change is a "hoax" and blamed it on everything from the Chinese trying to make U.S. industry less competitive, to "hoaxsters" using it to justify higher taxes.

The president-elect has also said he wants to nix the Paris Agreement upon taking office. The agreement was signed last year and took effect Nov. 4. It aims to stop global temps from rising more than 2 degrees Celsius.

Despite this, Gore is hopeful. He notes the businessman said he wanted to be a "president for all Americans," and he hopes Trump sticks true to his word.