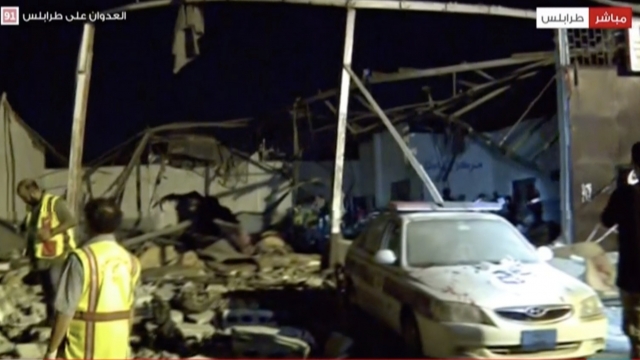 At least 40 people were killed and dozens more were injured when an airstrike hit a migrant detention center in Libya.

The attack happened overnight Tuesday. The center was holding men, women and children who were either migrants or refugees, many of whom were probably caught trying to get to Europe. The U.N.'s Refugee Agency said there were about 600 people being held there.

The center is near Tripoli, the country's capital, which has been stuck in a violent conflict for months. A rogue military general has been trying to take over the city from the U.N.-backed government.

It wasn't immediately clear who was responsible for the airstrike. International aid groups anticipate the death toll will rise.