Air Strikes In Syria May Amount To War Crimes, According To U.N. 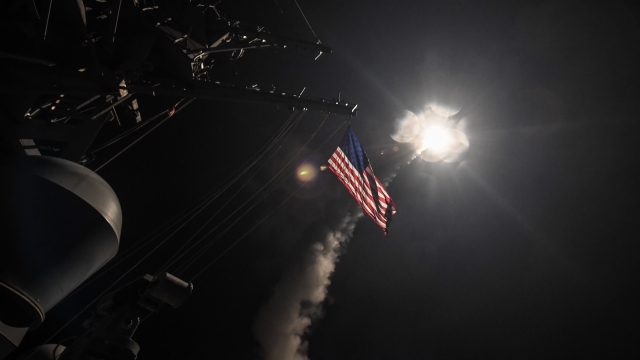 SMS
Air Strikes In Syria May Amount To War Crimes, According To U.N.
By LeeAnne Lowry
By LeeAnne Lowry
September 11, 2019
The U.N. Commission of Inquiry issued a 21-page report on Wednesday.
SHOW TRANSCRIPT

U.N. investigators say airstrikes launched by the U.S, Syria and Russia in Syria may amount to war crimes.

Here's a bit of background: There's been been increasingly violent conflict in Syria for the last nine years, leaving hundreds of thousands of people dead. About 13 million Syrians have been forced to flee their homes because of the violence, with about half leaving the country.

The U.N. Commission of Inquiry issued a 21-page report on Wednesday. It was based on hundreds of interviews and analysis of photos, videos and satellite images. The report said there are "reasonable grounds to believe that international coalition forces may not have directed their attacks at a specific military objective, or failed to do so with the necessary precaution."

The report concludes with a list of recommendations for the Syrian government and international community, one of which directs them to comply with the Geneva Conventions.