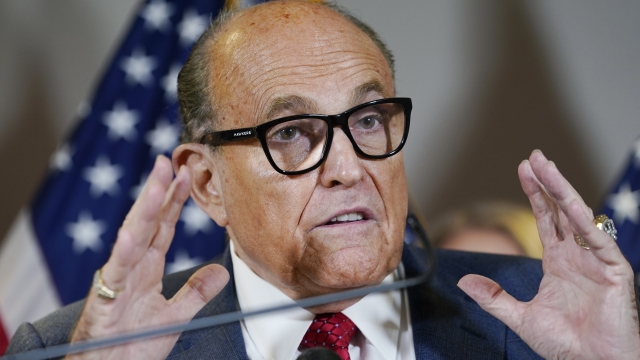 The Trump Justice Department refused to sign off on the warrant.

The Attorney General may face questions about the FBI's raid on Rudy Giuliani's apartment and office last week.

The Associated Press reports the Trump Justice Department refused to sign off on the warrant.

Giuliani, who was President Trump's attorney, is reportedly facing scrutiny over his work for Ukrainian officials and if he failed to register as a foreign agent.