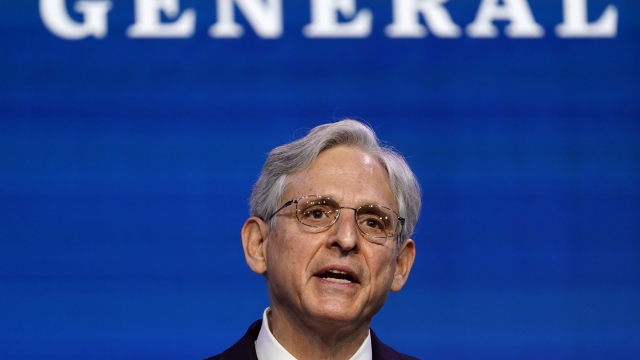 "Throughout such a long and distinguished career, Judge Garland has earned the praise and admiration of members of bench and bar, and politicians and parties."

In his January 8th speech, President Biden also praised Garland as a "brilliant yet humble" choice for the attorney general seat.

In remarks released ahead of his hearing, the 68-year-old Harvard-educated appeals judge signaled some priorities...protecting civil rights of people of color and prosecuting radicals.

He wrote: "150 years after the department's founding, battling extremist attacks on our democratic institutions remain central to its mission."

Garland's confirmation test will occur nearly five years after Senate Republicans refused to hold a hearing for Garland after President Obama nominated him for the Supreme Court.

Garland would take the helm of the Justice Department after a chaotic few years under the Trump administration. Critics accused Donald Trump of using the top law enforcement agency as a political prize.