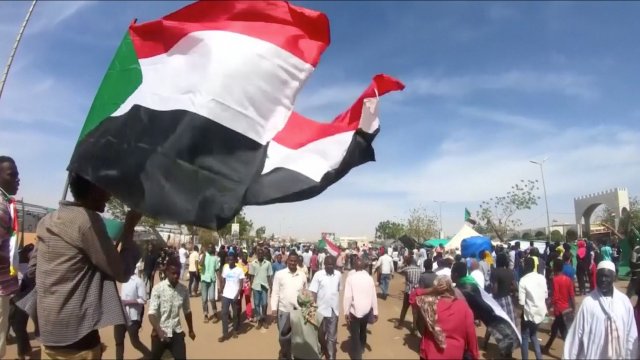 SMS
After Coup, Sudan Faces Fragile Transition To Democracy
By Jake Godin
By Jake Godin
April 15, 2019
While ousting a 30-year autocrat is a major step, Sudan now has to successfully transition to a democracy instead of another dictatorship.
SHOW TRANSCRIPT

Sudan's coup means that, for the first time in 30 years, the North African nation faces a real shot at democracy. But the shakeup leaves Sudan in a delicate place.

Al-Bashir was succeeded by his former defense minister, who announced plans for a two-year transition period to civilian rule.

Demonstrators weren't content with that though, and just one day later the former defense minister stepped down and was replaced with Lieutenant General Abdel Fatteh Burhan.

The opposition is still skeptical. One head of a group organizing protests rejected Burhan's leadership and insisted on establishing a civilian government sooner rather than later. 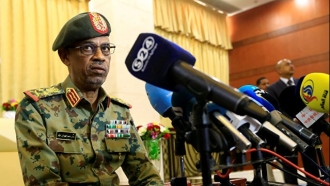 While dislodging a dictator who has been in power for 30 years is an accomplishment, successfully transitioning to democracy may be more difficult.

Years of corruption and drawn out conflicts under al-Bashir have resulted in a fragile state with a power vacuum that could send the country into chaos or back to a military dictatorship if the new leadership isn't careful.

Analysts give Egypt as one example of how things could go wrong. Protesters successfully overthrew Egypt's longtime dictator in 2011 only to have him eventually be replaced with another military strongman in 2014. He has since pushed for reforms that would allow him to stay in power the next 14 years.

The other end of that spectrum would be Tunisia, which also ousted its dictator in 2011 and has since become one of the few success stories from the Arab Spring protests that swept the region.

Whether Sudan can successfully transition to democracy rather than sink back into a dictatorship will depend on what comes of negotiations between Burhan's transitional government and the protest organizers.