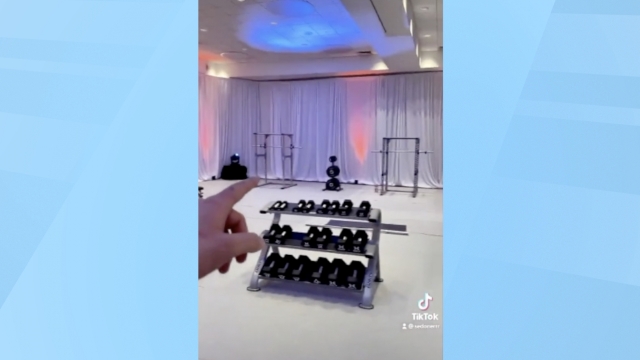 "Guess what guys? We got a weight room! Yeah!"

The NCAA has brought in more equipment for the women's basketball championship in San Antonio after social media posts went viral.

"If you aren't upset about this problem, then you're a part of it."

Sedona Prince, who plays for the Oregon Ducks, shared this video, showing the men's makeshift weight room compared to just one set of dumbbells for the women's teams.

Many people criticized the NCAA for the disparity.

On Saturday, Prince shared an update and showed the improved setup for the women's teams.

"We got a ton more dumbbells. Look at that. Look at all these racks for squats and whatever we wanna do. We got a bunch of bands. Look at this guys. And we got some equipment," Prince said.

She thanked everyone for the support and the NCAA for listening to their concerns.