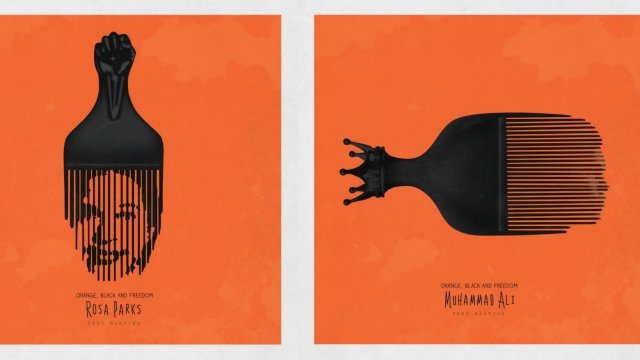 SMS
Artist Pays Homage To Black Activists With Afro Comb Portraits
By Melissa Prax
By Melissa Prax
August 27, 2018
Fred Martins has been creating the portraits for the past two years and plans to create more.
SHOW TRANSCRIPT

Afro combs, or picks, are political and cultural symbols of African identity. And that's part of why Nigerian artist Fred Martins chose to make portraits of influential Africans and African-Americans using the comb's shape.

The “Orange, Black and Freedom" collection from last year included icons like Nelson Mandela and Ruby Dee. This year, Martins has added an additional series to the collection of digitally-created portraits.

"All the African activists I included in this project, they all have the same story of confinement, as well as a strong will to fight for what they believe in," Martins said. 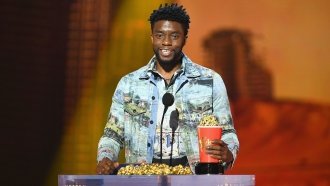 The Evolution Of Black Representation In Film

Martins says their confinement inspired the orange in the collection's color palette.

"These black Afro combs have very strong influence on African culture and in many other cultures. It connects Africans to their ancestors," Martins said.

Martins chose to release the collection in August because there are several significant anniversaries from African and African-American history, including Nelson Mandela's arrest and Martin Luther King Jr.'s "I Have a Dream" speech.

This year's "Orange, Black and Freedom" will be on display in major cities across the African continent, including Accra, Ghana; Johannesburg, South Africa; and Kigali, Rwanda.

"I believe art should educate, inspire. And that is to say that art should be more. … I am truly blessed to be alive now that African art is the new revolution," Martins said.