These African Migrants Are Living In Limbo 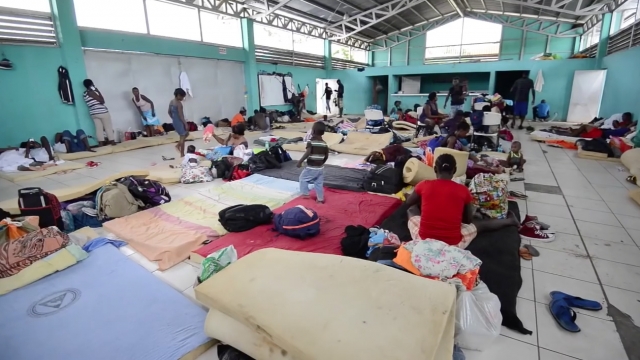 Thousands of African migrants are stuck in Central America, and local aid workers are concerned it could become a humanitarian crisis.

The migrants are seeking asylum in the U.S. and travel first by boat or plane to Latin America.

But it's difficult to get asylum in Costa Rica, and Nicaragua closed its borders last year, making it hard for people to travel farther north.

The result is makeshift camps, like this one in the town of Peñas Blancas, where people are living with scarce resources.

"I’m seeing that we are living in hell because there isn't water here for a person to bathe," an African migrant said.

The migrants typically don't carry any identification, so it's difficult to deport them. And it would cost the Costa Rican government a lot of money to detain or deport that many people.