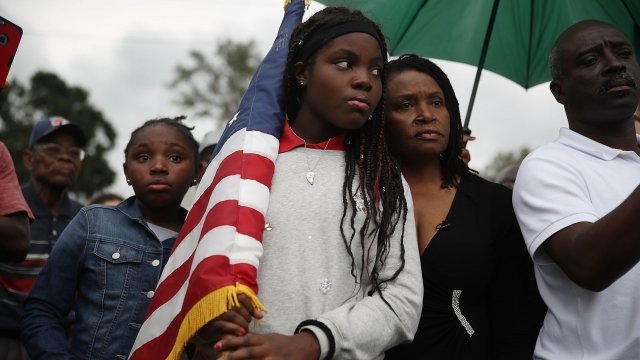 There have been more responses to President Donald Trump allegedly referring to some nations as "shithole countries."

On Friday, the African Union mission, which represents more than 50 member states in the continent, expressed its "shock, dismay and outrage" over the alleged comments.

The president of Ghana tweeted Friday morning: "We are certainly not a 'shithole country.' We will not accept such insults, even from a leader of a friendly country, no matter how powerful."

And Haiti's U.S. ambassador told the BBC that Haitians are not "simply immigrants who come here to take advantage of the U.S." Some conservative commentators pushed that narrative following the news. 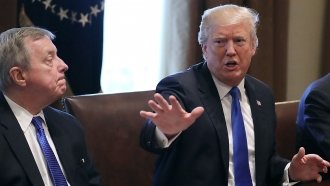 Trump tweeted Friday that he "never said anything derogatory about Haitians" and praised his relationship with people from the country. The Associated Press, however, reported that Trump privately defended the alleged comment, arguing it wasn't racist but "straightforward."

Last fall, the Department of Homeland Security canceled the Temporary Protected Status for Haitian immigrants. On Monday, the department took that same action against immigrants from El Salvador, another country reportedly mentioned at an immigration meeting Thursday. Those affected have until 2019 to leave the U.S. or, if eligible, seek alternative immigration status.