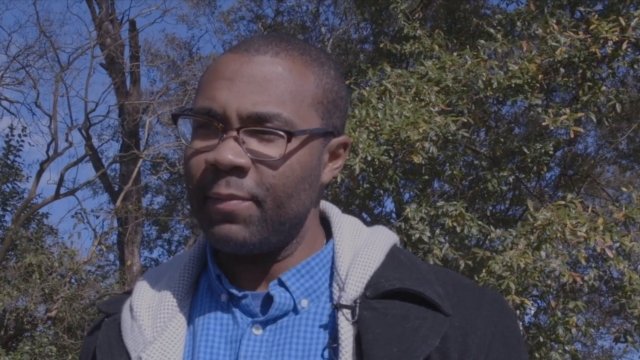 In a state that typically goes red, Alabama voters find themselves deciding one of the most competitive elections in the state's history.

And one voting block is possibly up for grabs: the African-American vote.

Jeffery Ray Jones has worked on Roy Moore's campaigns before. He says it's the former judge's actions, like getting kicked off the bench for putting the Ten Commandments at a courthouse, that should attract his community's vote.

Jeffery Ray Jones told Newsy, "To turn down that opportunity, the power he had in that position, to turn down the money and to stand on his principles — I'm going to support him."

African-Americans make up roughly one-quarter of the voting population in Alabama, meaning they could have a real impact on this race. Jeffery Ray Jones, a former Democrat, says he's been disappointed with the way the party relates to his community. And that's one of the reasons he's now a Republican.

He said: "The number of years that blacks have wholeheartedly ... supported the Democratic Party, I haven't seen any changes in the community. I've actually seen a degradation in the community. Going into the black community, going in, 'I need this many black people to vote.' It's timeout for that."

Doug Jones supporter Evan Milligan, who is black, says on that point, he agrees. Milligan said: "When there's a day of the election or the day before the election, folks show up with a lot of Get Out The Vote money, and then we may not see them again until another pivotal election. And then we're framed as the people who can save the election. So I think I get the frustration and the resentment that people have for that."

Still, he's voting for Doug Jones. He wants his next senator to focus on women's rights, policing and mass incarceration. And he believes Republicans just aren't prioritizing those issues, saying: "I don't see them fielding that type of candidate. It's difficult enough to get that sort of candidate through the Democratic Party."

William Boyd says he's also voting for Doug Jones as a check on the Trump administration to make sure those in his state are taken care of. He told Newsy: "Alabama, in my opinion, is somewhat a racist state. And Republicans, who in my opinion, sometimes they vote down racial lines. It's the haves and the have-nots. I'll take the Democrats pretty much for the poor and the needy."

Boyd says he expects the voter turnout in his community to be a bit higher in light of who the Republican candidate is, and he hopes that will have an impact on the race.