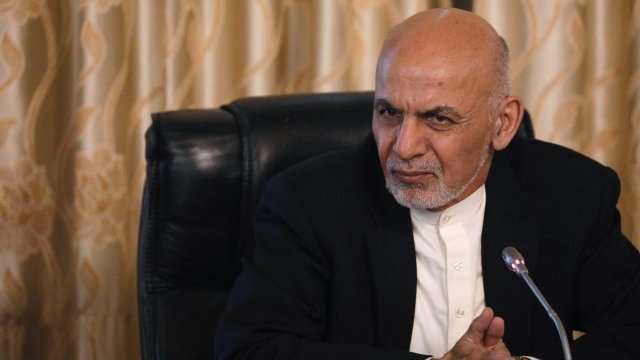 Afghan President Ashraf Ghani has called for a cease-fire with the Taliban.

It would take effect on Monday and last at least through the Eid al-Adha holiday this week.

In a series of tweets on Sunday, Ghani said, "We call on the leadership of the Taliban to welcome the wishes of Afghans for a long lasting and real peace, and we urge them to get ready for peace-talks based on Islamic values and principles."

He said he hoped the cease-fire could be extended until Nov. 20, the holiday associated with the Prophet Muhammad's birth.

The Associated Press reports the cease-fire comes a day after the leader of the Afghan Taliban said there wouldn't be peace in the country "as long as 'foreign occupation' continues."

The Taliban didn't immediately respond to the request.