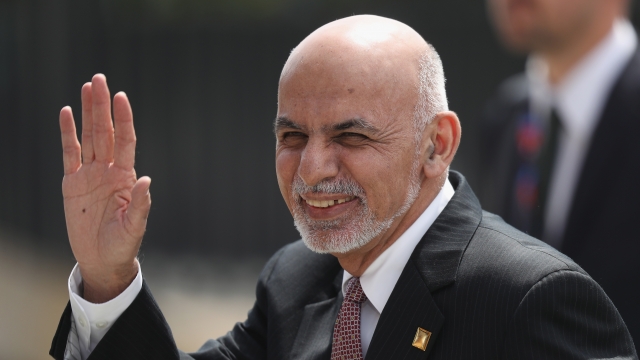 SMS
Afghan President Ashraf Ghani Wins Reelection
By Ahmed Jawadi
By Ahmed Jawadi
February 18, 2020
Ghani secured a little more than 50% of the votes, which was just enough to avoid another round of voting.
SHOW TRANSCRIPT

Ghani was officially declared the winner of last September's election by the country's Independent Election Commission on Tuesday. He secured a little more than 50% of the votes, which was just enough to avoid another round of voting.

His main opponent, Chief Executive Abdullah Abdullah, came in second with nearly 40% of the votes. Abdullah contested the results on Twitter, saying: "There is no doubt that we are the winner of elections based on transparent and biometric votes. ... We do not accept the fraudulent results. We are announcing our victory. We will now form an inclusive government."

Afghan citizens cast their ballots nearly five months ago. Although results were originally set to be announced in October, they were repeatedly delayed over allegations of fraud and technical problems. It's estimated that roughly 20% of registered voters participated in last year's election, which is the country's lowest voter turnout since the Taliban government's overthrow in 2001.

The results also come a few days after U.S. Defense Secretary Mark Esper announced a seven-day "reduction in violence" between the U.S. and the Taliban. Esper said if that truce goes well, then all-Afghan peace talks would begin within 10 days, with the aim of a gradual withdrawal of U.S. troops after that.