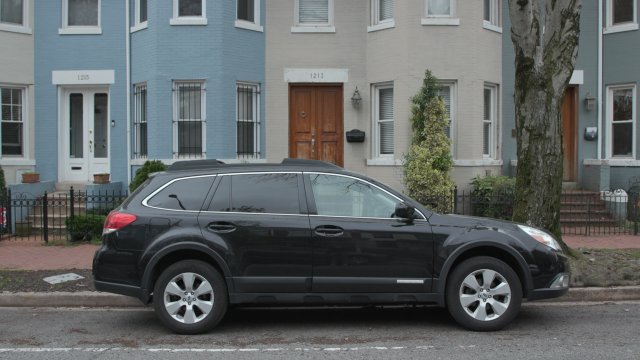 As the coronavirus continues to spread throughout the U.S., most people are working from home and not commuting. That means fewer cars on the road, fewer accidents, fewer insurance claims.

"All the auto insurers are going to make a lot of money off of this," said Bob Hunter, former Insurance Commissioner of Texas.

Hunter is the former insurance commissioner of Texas and speaking on behalf of the Consumer Federal of America.

"Suddenly you're not driving at all, hardly. ... And so you're you're much less of a risk, and therefore the premiums have become excessive, and that's illegal in every state," said Hunter.

And he says home insurance is also overpriced now because risk has dropped there, too.

"A little fire breaks out from from a plug — you're going to catch that, whereas before it might burn your whole house down because you're at work," said Hunter.

So this week, he and the federation wrote the nation’s insurance commissioners asking them to step in and also trying to get help for the most economically vulnerable. With millions more unemployed, they are calling for a temporary moratorium on insurers ability to use falling credit scores to set the price of insurance.

"For people who are going to lose their jobs and have other kinds of trauma, their premiums are going to rise because of credit," said Hunter.

Forty-seven out of 50 states allow insurance companies to use credit score to determine the price of insurance. But Hunter says it’s not appropriate to hike rates during a global health emergency.

"Your premium will go up at the very time you're much less risky. It makes no sense. ... That's price gouging. Almost the classic definition," said Hunter.

"I don't think that's fair. I just think that is corporations taking advantage of a sad situation," said Felicia Lee Sexton. Sexton is a trainer shut out from her all-women’s gym in Houston where the bills are still coming due.

Sexton, who’s working on video now for 50% off, says there’s no room in her budget to overpay for insurance.

But the Consumer Federation of America says consumers could be due hundreds of dollars in discounts individually and billions as a group — money that could make a real difference. Allstate, State Farm, Progressive, Nationwide, Geico, Hartford — we reached out to six of the nation’s top insurers. The only response was from State Farm: “We do not have anything to share on this topic at this time.” They forwarded us to an industry association.

"We have been around for over 300 years as an industry. We want to make sure that we're around for 300 more," said Sean Kevelighan, CEO of the Insurance Information Institute.

The Insurance Information Institute told us insurers are doing plenty, like offering struggling consumers the ability to delay paying premiums. So we asked about new guidance out this week from state regulators like the insurance commissioner of Pennsylvania who “urges insurers to consider current circumstances when applying common discounts, such as low mileage rates for policyholders that no longer drive significant distances”, who also requested they review their use of credit scores during the crisis.

"What can you tell me right now today that insurers are doing to respond to that request?" Mark Greenblatt asked.

"Absolutely. The insurers are looking at all solutions possible. … Obviously with 56 different regulators, you're going to have various opinions in terms of timing and tactics. ... You have to keep in mind that there are other catastrophes happening right now in terms of working for worker's compensation claims, health, health care workers. We've seen enormous activity of late in tornadoes," said Kevelighan.

"There's no single major insurer that you could name to me today that would postpone the use of credit scores just during this world pandemic?" Greenblatt asked.

"I cannot name you an insurer that will do that at this point," said Kevelighan.

"My message would be, first of all, to those that I call the powers that be. Stop being greedy. Stop taking advantage of a bad situation," Sexton said.