Advocates Push To Save 'Unadoptable' Dogs 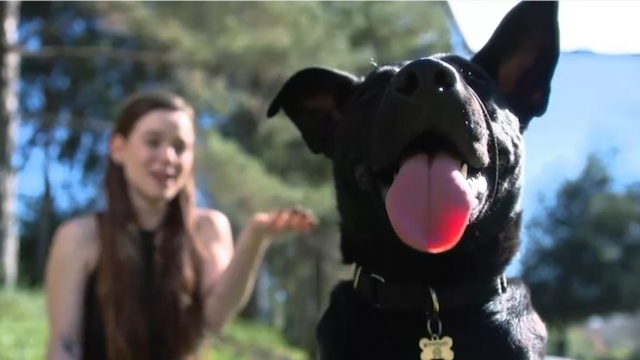 SMS
Advocates Push To Save 'Unadoptable' Dogs
By James Packard
By James Packard
April 8, 2022
Across the country, the Bureau of Labor Statistics reports median pay for an animal care worker is $26,000 a year.

Meet Hendrix, a bright-eyed living testament to that old maxim about dogs being our best friend.

“I just started crying because … nobody wanted him and he's the best dog," said Brooke Eva, Hendrix's foster mom.

Which makes you wonder why this dogs' dream was so close to never coming true.

“He literally was a day away from dying and like, for no reason," said Eva.

Just a couple months ago, Hendrix was living in a shelter in Riverside, California. He was labeled too aggressive to find a home.

“Kept him in the back, so nobody could see him. So, nobody saw him, and nobody tried to adopt him. And they had this horrible photo for his photo on the website … And his shelter notes were stressed out and aggressive, So, nobody wanted to get him,” Eva said.

The truth couldn't be farther from that menacing caricature.

But his story is one of many like it. The Riverside County Department of Animal Services, where Hendrix had been kept, is one in a national system of facilities that euthanizes dogs. The number killed is dropping each year. Still, the Best Friends Animal Society reports shelters euthanized 347,000 cats and dogs in 2020.

“The good news is, is that we've gone from a country that was killing millions of animals every year, just 10 years ago to now, sadly still a few hundred thousand. So, we know we can do this,” said Holly Sizemore, Chief Mission Officer at Best Friends Animal Society.

The reality of what keeps that number from falling more rapidly is complicated.

“It is an issue that comes from funding and education and resources, and the shelters don't have that," Eve said.

Brooke is one in a group of people in southern California intent on making shelters better places for dogs. A group – that banded together on social media and linked with other networks across the country – to rally around at-risk dogs and use their expertise. To start a national sea-change.

“You slap a label on a dog in the most traumatizing day of their life and leave it on them for over a month. And then they die because of it,” said Eve.

Taylor organized a petition on Change.org to rally voices around reform in Riverside County.

“I get the sense that a lot of the employees, not managers or any one higher level are kind of just, you know, stuck in in the middle of it. They're also again, seeing just so many dogs come in, you know, the shelter is just so overcrowded,” said Taylor.

The Riverside Department of Animal Services says it brought in close to 11,000 dogs last year. 833 were put down at the owners' request. Another 653 of them were euthanized for other reasons. That's only 6% of the dogs in the system. But Taylor is skeptical of those numbers.

“I see so many dogs that are rescued from there that they classify as red listed to be euthanized because of major behavioral issues. And a lot of times these dogs are the sweetest dogs. You know, a lot of times I see classifications of fearful at intake, which of course, any dog that's going into a shelter environment is going to be fearful,” said Taylor.

The Riverside shelter didn’t want to be on camera for our story, but in an email, they said so-called ‘red-listed’ dogs are rescued.

“Very often. ‘Red-listed’ pets still get adopted, too. Some get euthanized,” the shelter wrote.

“We would not consider a dog deemed vicious a suitable candidate for adoption, nor transfer to a rescue partner, because the dog could cause severe harm to a person. This is a liability matter, yes. But more importantly, our priority is to protect the public,” they added.

Indeed, Riverside county’s budget for supplies and services in the animal services department shrunk $700,000 this year.

Documents show its animal care technicians make between $14 and $22 an hour. That can make it hard to attract and retain the workers they need to care for a high intake of animals.

Across the country, the Bureau of Labor Statistics reports median pay for an animal care worker is $26,000 a year, below the poverty line for a 4-person household.

The shelter is currently relying on a non-profit to coordinate dog rescues, without a coordinator of its own.

“Quite frankly, I do see too many governments nationwide not put enough funding towards lifesaving programs,” says Sizemore.

The organization just upped its pay for animal caretakers and put out a call for other shelters to do the same.

“But money isn't the only thing. What we need to do now, however, is continue to look at these best practice programs, things like intake intervention programs, how do we support people, so they don't have to relinquish their pets? Programs like Trap, Neuter, Return, where we're taking our community, cats living out in our neighborhoods and fixing them, sterilizing them and putting them back out rather than rounding them up,” said Sizemore.

Lost in an otherwise bureaucratic mess is the tale of all the animals who could have had a different future, if they’d just been given a chance. Like Hendrix, who – only weeks out of the shelter – was showing signs of a rare talent.

“He likes to talk when he wants something,” Eve said.

He’s vying for a spot with the National Disaster Search Dog Foundation.

This is the story of a dog who got saved, so that he could save others.