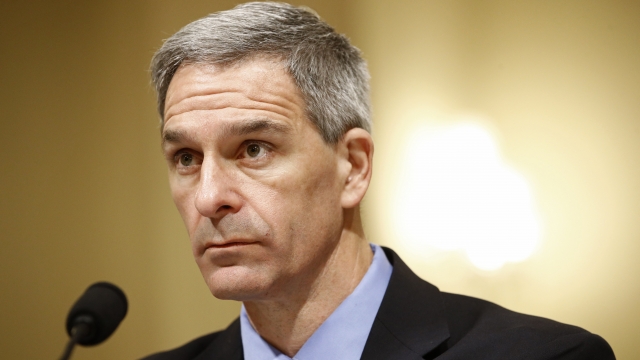 SMS
The Administration Is Rejecting Visa Applications With Blank Spaces
By Austin Landis
By Austin Landis
August 14, 2020
USCIS can reject certain visa forms with any blank fields. Advocates say it's led to hundreds of rejections for immigrants who are otherwise eligible.

Immigration advocates are calling on the Trump administration reverse a policy shift which has led to the rejection of hundreds of visa applications for minor mistakes.

At the end of 2019, U.S. Citizenship and Immigration Services quietly updated its instructions for filling out certain visa applications. The new guidance says immigrants must fill out every single field on an application, even if that field doesn't apply to them, such as if they don't have a middle name or don't have an apartment number to write down.

If they don't complete the form entirely, USCIS can reject it.

Gina Amato Lough represents one man, a DACA recipient, who was rejected for a U visa under the policy. "I inadvertently left two spaces blank, and the spaces I left blank were the middle names of his two U.S. citizen children."

She says she cried when she saw the rejection more than a month later. "I was so frustrated, so demoralized," she told Newsy.

The agency says immigrants must put “none” “not applicable” or “unknown” if a section doesn't apply to them. Amato Lough says she's now used to writing in dozens of "N/A"s on her client's forms.

The policy currently applies to U visas, which are reserved for immigrants who are the victim of a crime in the U.S., T visas for victims of human trafficking and asylum applicants.

"Even just to kind of amass the application and put together everything is such an arduous process," says Cecelia Friedman Levin, Senior Policy Counsel at ASISTA. "For doing all of that, for overcoming all of those barriers, [the policy] just undercuts and undermines the very existence of the protection."

Now, more than 140 advocacy organizations are calling on USCIS to reverse its “no blanks” policy. On Thursday, they sent a letter to Ken Cuccinelli, who currently oversees USCIS.

"We're calling for a way that when these sorts of policy changes occur, that people are informed [and that] any changes in these processes don't impact due process," Friedman Levin, who circulated the letter sent to Cuccinelli, told Newsy.

USCIS defended the policy change, saying, "Ensuring an application is complete from the beginning saves both the applicant and the agency time and resources [and] preserve[s] the integrity of our immigration system. It's important to note that a rejection ... is not a denial and the applicant can reapply."

But reapplying sometimes happens too late.

"A matter of months can make the difference of whether or not you get a visa in one year or another because there's an annual cap on [U visa] applicants," Friedman Levin said.

That's exactly what happened to Amato Lough's client. One part of his application expired when he was rejected, and because of pandemic-related delays, she says she hasn't been able to resubmit.

"It's these micro-policies, but they're relentless. Every day it's at least one thing, and we feel it's designed to wear us down and to limit access. And it's working. It's exhausting," Amato Lough said. "But there are a lot of amazing, passionate advocates who are out there defending our immigrant communities, and we're going to keep at it."