2 Advocacy Groups Are Suing The Dept. Of Housing & Urban Development 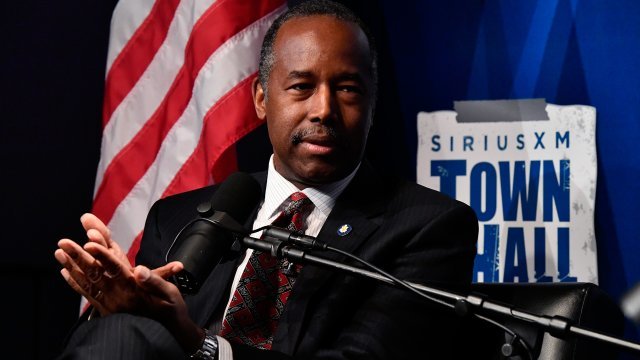 The Department of Housing and Urban Development is being sued for documents the plaintiffs argue might reveal LGBTQ discrimination.

Two advocacy groups, People for the American Way and Right Wing Watch, filed the suit after a New York magazine story came out in August.

The report alleges, among other things, that the department removed online training materials meant to help shelters provide equal access to transgender people, canned a survey aimed at reducing LGBTQ homelessness, and dissociated itself with a study it had funded about housing discrimination against LGBTQ people. The groups requested documents related to those claims.

The lawsuit argues HUD did not answer the groups' requests within the "applicable time-limit."