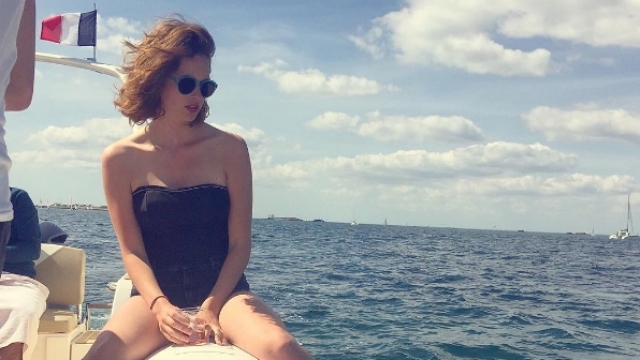 She was a beautiful, fun-loving Parisian woman with a life her Instagram followers envied. Or so they thought.

Twenty-five-year-old Louise Delage posted a few photos each day over the course of several weeks. The posts attracted over 60,000 followers.

But what Delage's fans didn't know is that she didn't really exist.

This fictitious woman was the creation of an ad agency. Why? The answer is in the photos.

Get it now? Almost all of the 149 posts on Delage's Instagram had alcohol in them.

Addict Aide, a French organization that provides resources to help fight addiction, commissioned the agency to create the "Like My Addiction" campaign. The goal was to give people a better understanding of how difficult it can be to notice signs of alcoholism.

It seems to have been a success, sort of. The president of the ad agency told AdWeek few people realized Delage's loneliness and addiction.

The campaign's use of a popular social platform and fictional person shouldn't come as much of a surprise.

In 2013, this video of a woman who pleads for help went viral. An ad agency later announced it created the video to draw awareness of domestic violence in Serbia.

SEE MORE: People Who've Passed The Bar Are More Likely To Drink At The Bar

And creating a fake persona to make a point isn't anything new, either. Remember Brett Cohen? To show America's ridiculous obsession with celebrity, he walked outside with people who appeared to be bodyguards and paparazzi. Soon, people wanted photos with him, even though they had no idea who he was. Brett Cohen, the creator, posted the video on YouTube.