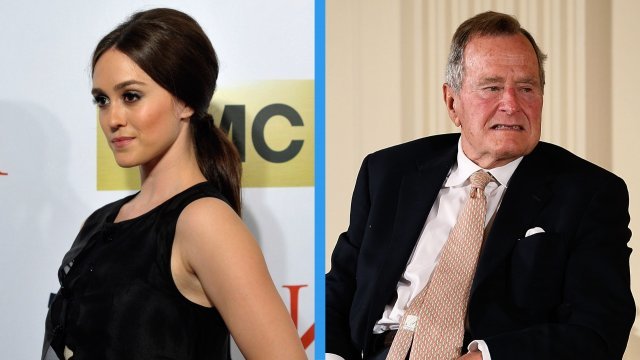 Amid several weeks filled with sexual harassment and assault accusations, two actresses have accused not a director or producer, but a former president.

The actress said the president "didn't shake my hand. He touched me from behind from his wheelchair with his wife Barbara Bush by his side. He told me a dirty joke. And then, all the while being photographed, touched me again." 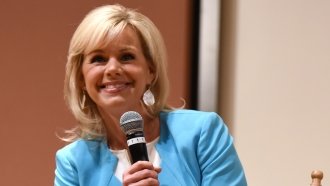 In a statement obtained by People, a spokesman for the former president said: "[President Bush] most sincerely apologizes if his attempt at humor offended Ms. Lind."

After reports of Lind's story surfaced, another actress — Jordana Grolnick — told Deadspin she had a similar experience.

Grolnick claims that while taking a photo with Bush, he touched her behind and told an inappropriate joke. That accusation prompted a more in-depth response from Bush's team.

A spokesman noted Bush's hand falls on the lower waist during pictures since he's in a wheelchair. In a statement, he said "To try to put people at ease, the president routinely tells the same joke — and on occasion, he has patted women's rears in what he intended to be a good-natured manner. ... To anyone he has offended, President Bush apologizes most sincerely."