Brattleboro, Vt., Could Become The Next Town To Lower The Voting Age 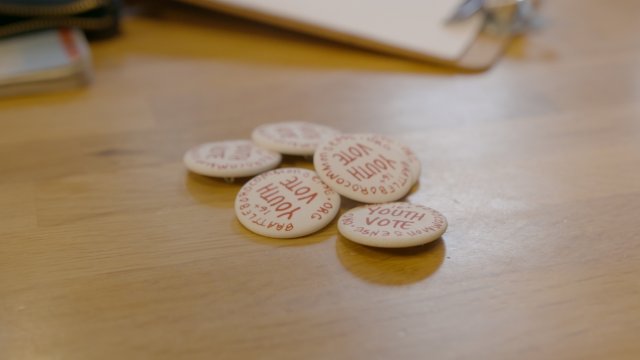 Typical 16-year-olds are preoccupied with getting their driver's license or studying for the SATs. But in a growing number of towns across the country, some of them are fighting to lower the voting age.

Brattleboro, Vermont, is one of them.

"I was just as capable of voting two years ago as I am now. There's no light switch that goes off when you turn 18," said James Shanti-Strother, youth vote co-coordinator at Brattleboro Common Sense.

Youth voter activists in Brattleboro are pushing for an amendment to the town charter that would allow 16- and 17-year-olds to vote in local elections and serve on the school board and local government. They say it all comes down to one main reason:

"The biggest argument, I think, for the youth vote is no taxation without representation. It's pretty evident that youth pay income tax because so many 16- and 17-year-olds have jobs," said Rio Daims, who recently expressed her support for the amendment in front of the Brattleboro Selectboard, which allowed the amendment to move forward on the March 5 ballot.

The most recent data from the Tax Foundation shows that Americans under the age of 18 paid $730 million in income tax in 2011. But it's not just about fiscal contributions. Youth voter activists claim it would benefit the entire community in other ways.

"I think we definitely have a problem with apathy in our town. I think there's a lot of older voters who maybe don't care about the politics in the town or they don't feel they have enough time to even bother going to town meetings or attending school board meetings, and so there's definitely a lack of participation, which makes it harder for town legislators to actually figure out what the town wants," said youth vote activist Maia McNeill.

Ratifying the amendment would make Brattleboro the first town in the state to lower the voting age, but not the first in the country. There's a handful of towns that have already lowered it. And in states like Oregon and California, lawmakers have introduced bills that would lower the voting age for local, state and federal elections.

This isn't the first time Brattleboro will deliberate lowering the voting age, though. In 2015, the town voted against the amendment by a 2-to-1 margin. And there’s still opposition to overcome.

A lot of that opposition is rooted in questions over how something like this would work.

"There was definitely some feeling from certain members on the board about the legalities of a vote and how that kind of fit into Vermont as a whole, and if it's not legal, what are we even doing here?" said Brandie Starr, vice chair of the Brattleboro Selectboard.

While the 26th Amendment to the Constitution guarantees the right to vote for all eligible people at least 18 years and older, it doesn't prohibit states or towns from lowering it. If the vote passes, the amendment would still have to be approved by the Vermont Legislature.

Regardless of the outcome on Tuesday, youth activists in Brattleboro say they already feel positive about the future of their movement.

"People see that youth want this right, and that's how the civil rights movement started and women's rights and gay rights and disabled people's rights. That's how it all starts, with those people saying we want these rights and this is why and we deserve those rights," Shanti-Strother said.