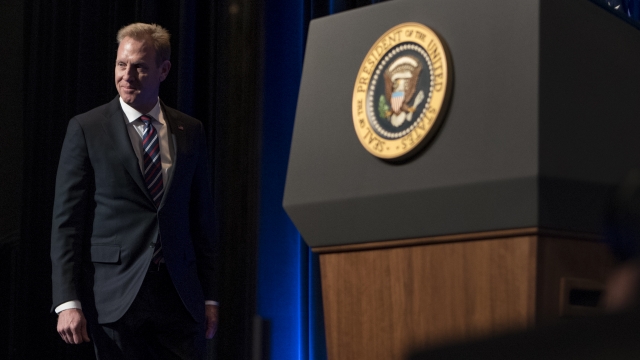 SMS
Acting Defense Secretary Makes Surprise Trip To Afghanistan
By Katie Cammarata
By Katie Cammarata
February 11, 2019
The trip comes amid peace talks between the U.S. and the Taliban regarding an end to the U.S.'s 17-year-long war in the country.
SHOW TRANSCRIPT

Acting Defense Secretary Patrick Shanahan made a surprise visit to Afghanistan on Monday.

The trip comes amid ongoing peace talks between the U.S. and the Taliban regarding an end to the U.S.' 17-year-long war in the country. While in Afghanistan, Shanahan met with President Ashraf Ghani, as well as a couple of other high-ranking government officials.

Toward the end of January, U.S. chief negotiator Zalmay Khalilzad told The New York Times that the U.S. and the Taliban had agreed to a framework for a peace deal, but nothing was official yet.

Khalilzad said the agreement could include provisions that the Taliban keep Afghan land from being used by terrorist organizations, the U.S. withdraw its troops, and Taliban and Afghan officials create lines of direct communication. That hasn't been happening because the Taliban really only wants to talk with the U.S., which the insurgent group sees as occupiers.

So far, that drafted agreement has been the biggest step toward ending the years-long war.

And to take a step back even further, in December, news outlets reported that the Trump administration plans to withdraw at least half of the 14,000 U.S. troops stationed in Afghanistan.

While on his unannounced trip to Afghanistan, Shanahan said he didn't have any orders regarding the withdrawal, just that he was sent to support continued peace talks.