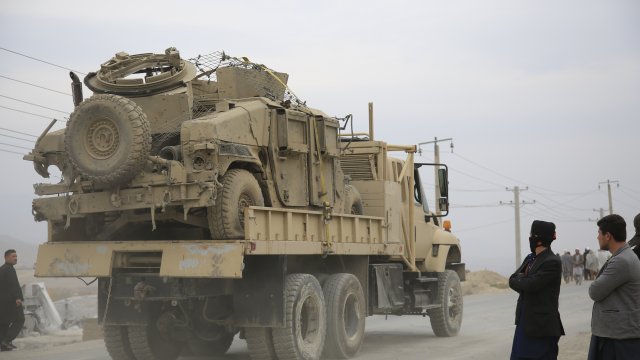 Acting Defense Secretary Christopher Miller announced a drawdown of troops from Afghanistan and Iraq that will be complete just before the inauguration.

This comes 8 days after Defense Secretary Mark Esper was fired.

Esper had opposed a drawdown at this point in Afghanistan saying conditions there are too unstable.

Miller says this move comes close to fulfilling a Trump campaign promise to remove all troops from what he has called “endless wars.”

Miller stressed that the withdrawal of 3,000 troops “does not equate change” to U.S. policies or objectives.

"This decision by the president is based on continuous engagement with this national security cabinet over the past several months, including ongoing discussions with me and my colleagues across the United States government," Miller said.

The decision is causing waves even among some Republicans on Capitol Hill....like Rep. Mac Thornberry of Texas who said in a statement:

“I believe that these additional reductions of American troops from terrorist areas are a mistake. Further reductions in Afghanistan will also undercut negotiations there; the Taliban has done nothing – met no condition – that would justify this cut.”

Democrats have also spoken out since the announcement. Senator Tim Kaine of Virginia stated,

“We need to bring our troops home, but we must do so as part of a strategy that does not jeopardize the safety of Americans in the U.S. and abroad. There was no doubt the final days of this administration would be tumultuous, but the haphazard nature of President Trump’s decision will harm our national security and jeopardize countless American, Afghan, and Iraqi lives.”

The drawdown of 3,000 troops is expected to be completed by January 15th. The Pentagon would not elaborate on which units will be returning home.