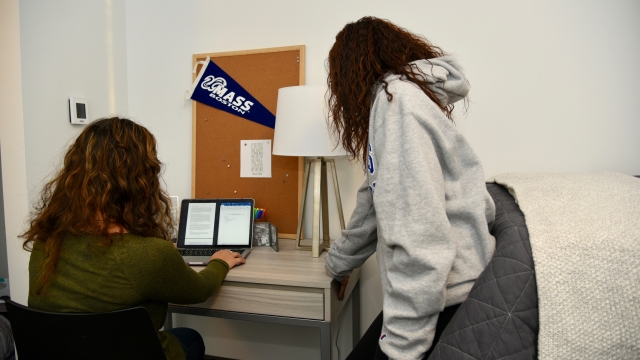 While so much of the public discourse around abortion lately has been on complete bans, legislation in some states is pushing for expansion on a different front: college campuses.

A first-of-its-kind bill in California that would provide "medication abortions," commonly known as abortion pills, at some college campuses is making headlines. While California waits to see if Gov. Gavin Newsom will sign it, a similar bill is being debated …. in Massachusetts.

And lawmakers there are paying attention to what happens in California.

Massachusetts Rep. Lindsay Sabadosa, who introduced the bill, told Newsy: "This legislation would ensure that thousands of students have easier access to basic health care, and Massachusetts will certainly be looking at the California model as we work on passing this legislation here."

Bills like these are the result of student activism and research that college students have to travel off campus to get abortion access. One study in California put the average distance of public university campuses to clinics at six miles. Another concern is that off-campus clinics may not accept insurance plans.

The Massachusetts bill was introduced to the state legislature in January. If it passes, health centers at public universities would start offering medication abortions to students starting in 2022. Lawmakers estimate this could increase access to at least 75,000 students in Massachusetts. The costs would be covered by a private fund. Universities would be expected to report costs and number of medication abortions provided to the state government.

Medication abortions can be used for up to the first 10 weeks of pregnancy. Patients would go to a provider, where a doctor would explain the process and do an ultrasound or other method to confirm the pregnancy date. Then a pregnant patient would receive two types of pills that block progesterone and cause early pregnancy to end.

We reached out to several prominent pro-life organizations in Massachusetts for comment, but have yet to hear back.

Opposition to a bill like this is not based solely on party lines or personal convictions. Let's go back to the example in California, because it's actually the state's second time getting this legislation to the governor's desk.

The first time, last year, there was a different governor in office: Jerry Brown. Despite being a vocal pro-choice advocate, he vetoed the bill because he didn't think the distance of six miles was "unreasonable," and the bill was therefore "unnecessary."

As for Massachusetts, its bill is currently in the joint committee. The next hearing has yet to be announced.