A Woman's Job: The Mechanic 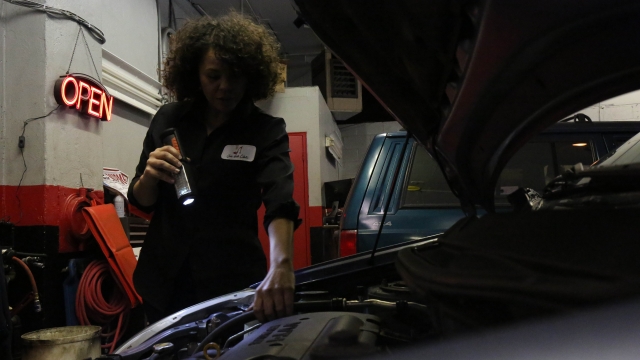 SMS
A Woman's Job: The Mechanic
By Noor Tagouri
By Noor Tagouri
March 15, 2017
In an auto repair industry dominated by men, Patrice Banks wanted to carve out a space for women. So she created Girls Auto Clinic.
SHOW TRANSCRIPT

Patrice Banks used to call herself an "auto airhead." As a woman, she says she felt taken advantage of at the auto repair shop, and studies confirmed her suspicion. So, the engineer and trained technician took matters into her own hands and created a space she would want to take her car to. With an all-woman auto repair team, Girls Auto Clinic brings something new to an industry otherwise dominated by men.