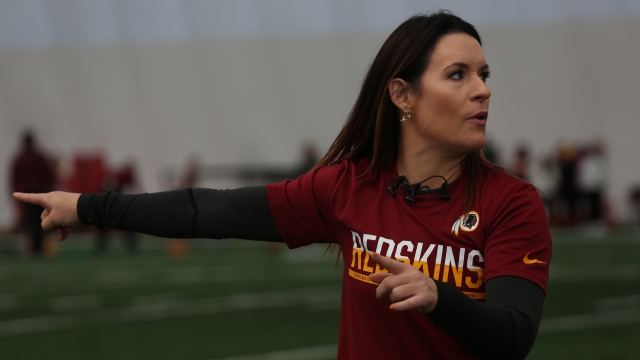 SMS
A Woman's Job: The Football Coach
By Noor Tagouri
By Noor Tagouri
March 8, 2017
This Newsy original series highlights women paving their own way in male-dominated fields. This week: Jen Welter, the first woman to coach in the NFL.
SHOW TRANSCRIPT

This week on "A Woman's Job," Jen Welter shows us her love for the game of football. In 2014, she signed with the Texas Revolution arena football team and became the first woman to play a contact position in a male-dominated sport. The next year, the Arizona Cardinals brought her on as an assistant coach, making her the first woman to coach in the NFL. Now, she teaches other women how to play and coach the sport they love.